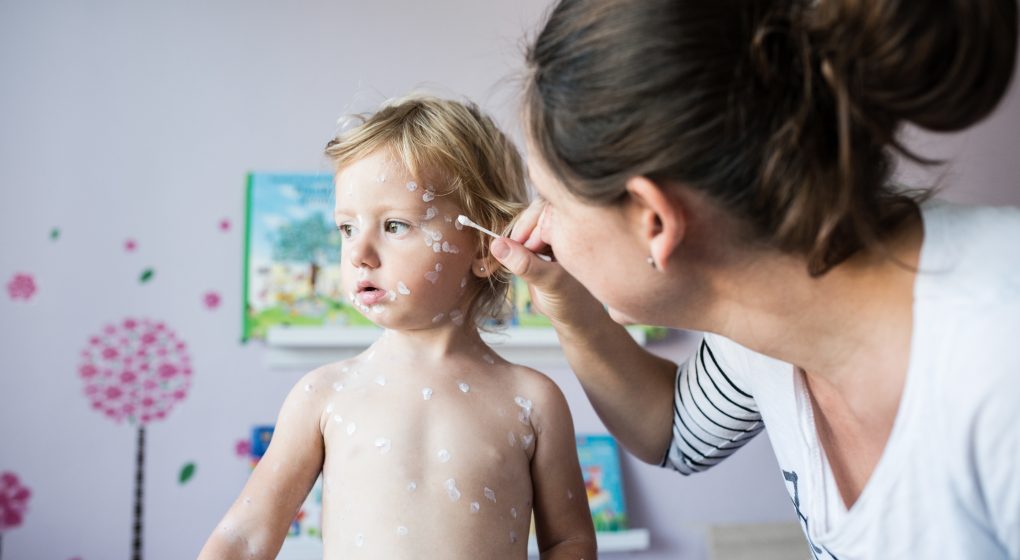 Shingles in Children and Teens

Chickenpox is caused by the varicella-zoster virus and after an infection has passed, the virus remains in the body in a dormant state in the nerve root endings in the body.

The virus, however, can be reactivated by a number of triggers and causes shingles in children.

While the occurrence of shingles is typical in older adults, long after they were initially infected, in rare instances children can develop shingles.

Shingles in children and teen can take on a form somewhat different from an adult’s experience.

Shingles In Children and Teens

While not typical, shingles can occur at any age, however, only about 5 percent of cases occur in children under 15.

If an individual had chickenpox at some point in their life, there is a 10 to 15 percent chance of developing shingles.

Children who developed chickenpox before the age of 12 months old are believed to be at a greater risk of developing shingles, or if during the third trimester of pregnancy the mother contracted chickenpox.

Symptoms
Quite common and typically, the initial symptom of shingles includes tingling, itching, and occasionally pain in the region of the body that the rash will develop.

This can be a source of frustration for child, who may have no pain but is itchy and is unable to see any visible signs of the cause.

A rash will eventually appear, beginning as a groups of pimples on either the trunk or face.

The pimples turn into pus-filled blisters that later pop and a crust forms over the pimples and blisters in roughly 7 to 10 days.

The healing of the skin begins once the blisters are crusted over within 2 to 4 weeks after the initial rash.
Children and teens tend to have very mild symptoms, and as such, their shingles cases are usually more manageable.

With mild symptoms, a quick and proper diagnosis can sometimes be difficult to conclude.

Classic symptoms include:
Fever
Headache
Tiredness
General achiness
Pain of shingles without the rash (rare)
Minimal blisters without any pain (in younger children) 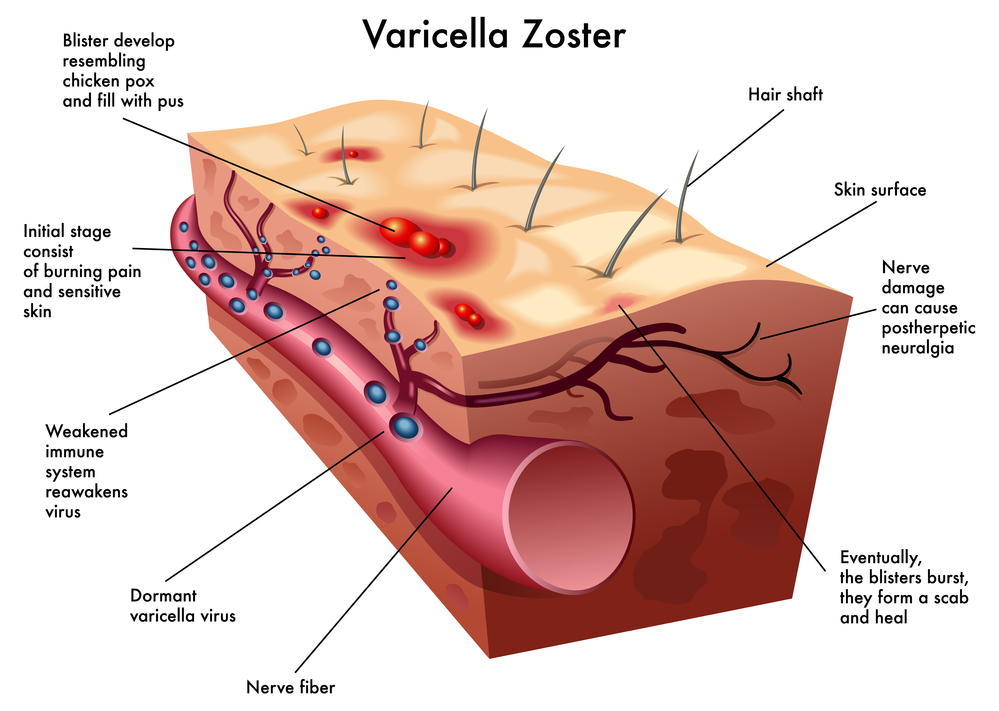 Not all cases of shingles in children requires treatment, but a doctor may decide that a treatment is best, especially if it appears the infection will not simply run its course and disappear.

An antiviral drug may be prescribed to reduce the chances of complications shingles in children, such as acyclovir (Zovirax).

If pain occurs a numbing cream or spray may be prescribed or an over-the-counter medication recommended to ease the pain.

In the case of itching, medicated lotions, such as calamine lotion may be used to provide relief. It is important to keep the rash covered to prevent the virus from spreading.

Shingles in children is a rarity, but when it does occur, it often manifest with mild symptoms.

This can make it more difficult to arrive at a correct diagnosis.

Children do not always need to go to be taken to the doctor, but in some cases, an antiviral drug is prescribed.

Regardless of the less severe nature of shingles in children, it is still important to prevent the development of the infection.

Taking care of children with shingles

Despite the aforementioned self-limiting feature of Herpes Zoster, one may still want to do some interventions for such a disease.

In taking care of children with Shingles, the same goes with adults too, the approach is really just symptomatic care or palliative care.

This means, the interventions will be directed not to directly eliminate the cause, which in this case is the Varicella Zoster Virus (this one seems impossible since a virus can only be dormant but not totally killed), but to only provide relief to the discomfort brought about by the clinical manifestations.

Most children as said above, will experience less pain or none at all.

Only if needed, one can give Acetaminophen or Ibuprofen.

The itch of the rash can be alleviated through frequent bathing.

No cream or ointment is needed for the rash.

Also scratching, picking or bursting the rash is highly discouraged.

Shingles in children or those with the Herpes Zoster can transmit Chickenpox, but not Shingles, to others.

Transmission will occur through direct contact with the rash.

Though not as contagious as children with Chicken pox, the child affected is advised to stay out of school unless the rash can be kept covered until it dries and crusts over.

Can children get shingles

After all that’s been said, bottom line is, no one is safe from Shingles, of course with exemption to those vaccinated against Varicella Zoster Virus.

Shingles or Herpes Zoster saves no one from its extremely itchy and painful clustered red rash.

No regards of a person’s age and/or gender.