How Does that Affect Eczema?

Hormones play a role in a woman’s life, and the hormones are working at full capacity when a girl begins menstruating, every time she menstruates, during pregnancy and when a woman is going through menopause.

It is unclear while some women report that pregnancy causes their eczema to flare-up worse while other women see a great deal of improvement.

The endocrine system of the human body consists of both tissues and organs that manufacture hormones.

Hormones are “natural chemicals produced in one location, secreted into the bloodstream, then used by certain other target organs and systems.”

It is the hormones that allow the target organs to do their job.

Some of the organ systems have hormones as well as their “own internal control systems.”

Aging and changes in the body occur in the way the systems are managed.

Some tissues have a habit of developing less sensitivity to the individual hormone that controls them.

As time passes and a woman ages and goes through different stages in her life the blood levels of a variety of hormones changes.

Some increase while other decreases and still others remain the same.

Hormones tend to metabolize at a prolonged rate.

The organs of the body that manufacture hormones are in many cases controlled by yet other hormones.

Aging and changes in a woman’s reproductive cycle play a role in all of this.

To use an example, endocrine tissues very often produce a lesser amount of hormone in middle age than it did when the individual was younger, but in other incidences, it might provide the same quantity over the years but do so at a much slower speed.

For those suffering from eczema, a good rule of thumb is not to begin any new types of treatments for your condition while you are going through a hormonal change.

For example do not start ultraviolet therapy, topical immune-modulators or steroid creams when you are getting ready for your period to begin because hormonal changes could wreak havoc on the results you hope to achieve. Instead, start a few weeks before or a few weeks after menstruation is passed. 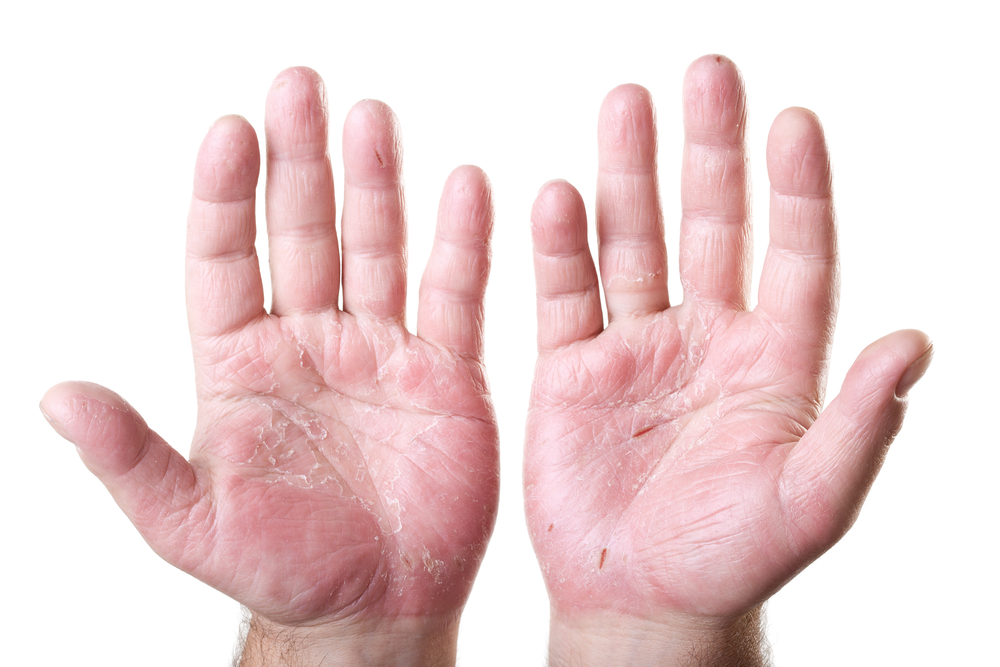 The volume of blood a woman’s heart pumps increases a great deal when she is pregnant, and this increase in both hormone production and blood can bring about changes in a woman’s skin.

These changes are not the same for every woman.

Some women’s eczema skin becomes drier, flakier and itchier while others find that their level of natural oils is plentiful.

It is essential to schedule regular visits to your doctor or dermatologist during pregnancy to keep abreast of all of the changes in your skin, whether it be improvements or increased incidences of breakouts.

However, in a lot of cases, eczema is not as common for women of menopausal age.

Atopic eczema is very rare in menopausal individuals whereas varicose and discoid eczema is more common among this age group of women.

After menopause has ended, many women have lesser amounts of the hormones estrogen, estradiol and prolactin.