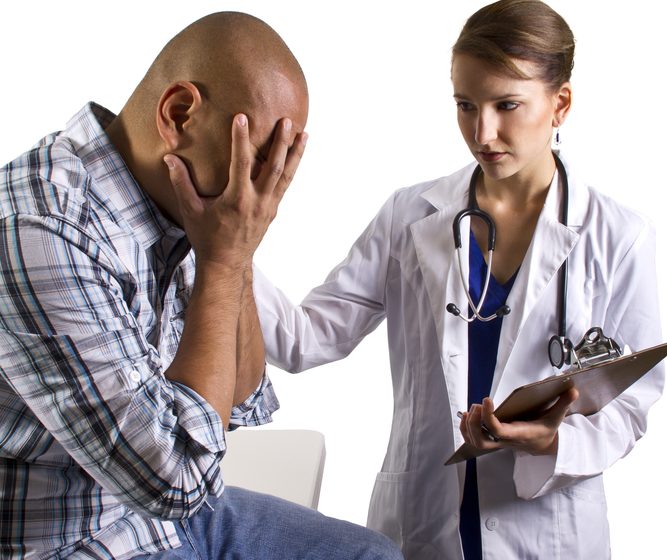 Got STI / STD: Who, What and When to Reveal

If you’ve been diagnosed with an STI, you may be concerned about who finds out and what your obligations are when it comes to reporting your infection to previous sexual partners. You may also be concerned that this information will become public and affect your in areas such as your career, ability to get health insurance, and your relationships in social circles.

First it’s important to know that when you have anonymous testing, no one but you will know that you have been diagnosed.

If you have confidential testing with a health clinic that information can become part of your medical record and your insurance company can be notified.

In some cases this isn’t a big deal. For example, if you have a bacterial infection that is easily treated this is less of an issue.

However, if you have something that can’t be cured and may require expensive treatment such as HIV, it may be important to keep that out of your medical record in order to avoid the status of a preexisting condition.

The healthcare laws are constantly changing, so it’s important to read up on the current legislation before making the decision to go from anonymous to confidential testing.

When you test positive for an STD, that information is generally reported to the local health department. However, your personal information is detached from any information about your disease status.

This information helps health departments to understand how many people in a specific area are infected with specific diseases. Having this knowledge informs funding for prevention, testing, and treatment.

One of the most anxiety producing but important consideration is partner notification.

This is the process of letting people know they may have been exposed to an STI because of contact with you. No one enjoys this part.

However, it’s important that people who may have been infected have the opportunity to be tested and treated as soon as possible.

There are a couple of ways to do this. First, you can contact previous and current partners directly.

For some people it’s possible to do this with very little emotional guilt or baggage.

However, in some cases this approach carries the risk of setting off anger and can even put one in danger.
If you feel that it isn’t safe to notify a current or previous partner, one way you can still do the right thing is to allow the health department to perform partner notification.

They will ask you to list all partners who may have been exposed along with each person’s contact information.

Then the health department will take the responsibility of notifying your partners without revealing who the infected person is.

They will simply tell them that someone they have had a sexual relationship with has tested positive.

In some cases this will prevent one from knowing your identity but if a person has had limited partners he or she may be able to deduce that it is you.

The earlier you allow your partners to find out, the better off they will be when it comes to their own personal health and it can also prevent their future partners from infecting even more people.

Sexually transmitted diseases are getting worse in the United States, increasing for the third year, with 2016 reaching an all-time high.

According to the Centers for Disease Control and data analysis by www.backgroundchecks.org here are the ten most sexually diseased states in America:

STIs in all categories have seen an increase:

“Increases in STDs are a clear warning of a growing threat,” said Dr. Jonathan Mermin, director of CDC’s National Center for HIV/AIDS, Viral Hepatitis, STD, and TB Prevention. “STDs are a persistent enemy, growing in number, and outpacing our ability to respond.”

The rise in primary and secondary syphilis over the last 17 years is primarily attributable to increases among men, specifically homosexuals.

The same is true with gonorrhea:

“While gonorrhea increased among men and women in 2016, the steepest increases were seen among men (22 percent). Research suggests that a large share of new gonorrhea cases are occurring among MSM [men who have sex with men]. These trends are particularly alarming in light of the growing threat of drug resistance to the last remaining recommended gonorrhea treatment.”

hi welcome to watchmojo.com it will be counting down the top five facts you probably didn’t know about sexually transmitted infections in england they called it fear not will be avoiding any super graphic images right next.

if you’re wondering what happened to calling them STDs or sexually transmitted diseases well most of the medical world has transitioned away from the term because STI is more accurate not every infection becomes a disease after all that’s pretty fair guys catch knowledge number five STI is maybe the original cause of monogamy it kind of makes sense that getting warts all over your junk might lead to having fewer sexual partners but not like this turns out the polygamy was much more common when prehistoric humans lived in small hunter-gatherer groups I just wanna lay with her so badly but then agriculture came along and relationships started to change as social groups became larger STI ‘s became a bigger barrier to reproduction you’ll likely go steady with several different girls before you begin to think seriously about marriage. 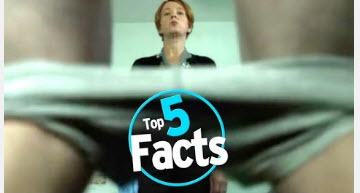 America has the highest STI rate in the developed world a US field but but blistering sinful malady that a few of you may already have come in contact there are an estimated 20 million new STI cases every year which cost Americans at least 16 billion dollars for treatment this number doesn’t even include HIV and AIDS treatments which are hugely expensive experts say this is partly because there is a lot of misinformation about sex education in general and very little funding for STI prevention in the United States meanwhile the federal government has spent billions on abstinence only sex education so you must be strong and resist for those who are weak well no doubt one day burn and fester in the swollen vd infested fiery pits of hell the US isn’t the only Western country seeing a rise in STD is in a Canadian province of Alberta new gonorrhea cases rose percent in 2015 while syphilis cases more than double the provinces chief medical officer blames social media presumably tinder for the rise we don’t have the heart to tell them it’s herpes not herpes if it’s everywhere number two doctors used malaria to treat syphilis it was called pyro therapy doctors believed that the fever caused by malaria would raise the body temperature hot enough to kill the syphilis after the syphilis had died off they would start to manage the malaria for which they already had effective treatments crazy thing is that pyro therapy kind of worked half of the patients who underwent this treatment have their condition improved and half of those who improve went into full remission 15% of patients died of complications from malaria but many thought it was worth the risk at the time contracting syphilis was usually a death sentence that guaranteed a slow descent into madness don’t mind if I do.

Julius Wagner your egg the man who came up with the process even won the Nobel Prize for his treatment before becoming a notorious anti-semite and eugenicist whomp-whomp well now we know and knowing is half the battle number one you can probably thank Columbus for syphilis first we finish him then we sail back to Spain question executioner the first documented syphilis epidemic was in about three years after Columbus got lost and discovered America this disease would wreak havoc in Europe for almost four and a half centuries the theory that it came back to Europe with Columbus and Coe has long been disputed but a comprehensive study published in 2011 seems to have put the debate to rest the advent of antibiotics in the 20th century made the disease curable disease rates are exploding in the US and in the UK they rose 76 percent between 2012 and 2015 some blame the rise on funding cuts to public health initiatives others blame imperialism thanks a lot Columbus the men talk of throwing you to the Sharks if you don’t listen to reason so what do you think did mankind make the right choice with agriculture and monogamy I can’t believe you didn’t we’re back who does that why did we go to Costco and buy a year’s supply condoms if you weren’t gonna use a man.